Three Scents That Will Bring New Life To Your Home

The other morning I left my house and was nearly assaulted by a dragonfly. While that may seem dramatic, the reality is that something is always flying around the hallways of my building because the super leaves the windows open. Of course we need ventilation but this is one of the reasons why many of you don’t open your windows during the summer months. Then when we notice the air is getting stale, we make the mistake of cracking the window and next thing you know, we’ve got mosquito bites. Well, the next time the air in your home needs freshening up, reach for one of these gems. Each has of given new life to mine. 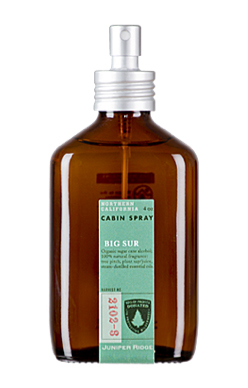 Juniper Ridge Big Sur
Many of us who live in cities often want to bottle up fresh air when we get the chance to free ourselves from the smog. Fresh air in a bottle is how I’d describe Juniper Ridge’s Big Sur as it’s aromatic opening is a thing of beauty. Like all of their products, the scent is sourced from real plants and from Sur I get sweet mossy notes. With its jolt of energy, it immediately transforms stale air and gives it new life. $65

Nest Fragrances Sicilian Tangerine
Like a fresh juicy tangerine on a hot summer day that quenches your thirst, Nest Fragrances’ Sicilian Tangerine is bursting with vibrant flavor. The scent is sweet with a bit of tang but what I really like is that it isn’t overpowering. It beautifully perfumes the air enough to give it a new life and along the way, lifts your spirits too. $38

Joya x Pendleton Cedar + Smoke Candle
If citrus isn’t your cup of tea and leather and cedar is more up your alley, you’ll dig Joya’s latest collaboration with Pendleton. To celebrate the 150th anniversary of Pendleton’s founder, Thomas Kay, the brand partnered with Joya to launch a collection of candles. I’ve been burning Cedar & Smoke, which is gently masculine. Its notes read as follows: musk, saddle leather, damask rose, redwood chips and cedar leaf. I wonder how much rose they used because some of these notes read “pack me away until winter.” But together, they’re superbly balanced. $58

If there’s one thing I love about living in New York City, it’s the anything is possible reality, case-in-point the public art exhibit Discovering Columbus. At the entrance of the famed Central Park is an area known as Columbus Circle. It’s also the intersection of eighth avenue, broadway and central park west and south; and where you’ll find a statue of Christopher Columbus, hence the name. With the hustle most New Yorkers move with, one could pass this thing daily and not even recognize it. Well, the Japanese artist Tatzu Nishi set out to change that for us. END_OF_DOCUMENT_TOKEN_TO_BE_REPLACED

Well, here we are, another holiday season is upon us. Floors will be swept and mopped with just a tad-bit more care. “Honey can you…” will fill the air. And the laughter of friends and family will remind us all how blessed we are.  END_OF_DOCUMENT_TOKEN_TO_BE_REPLACED

When The Moment Calls For Being Still

As we batten down the hatches awaiting the arrival of hurricane Irene, I’m marveling at the cynics. There are a lot of people that believe the media attention is just hype. I remember sitting with my mouth open when I saw the pictures of Katrina. That said, I’d rather NYC be over prepared. You can never be fully prepared for mother nature but better to err on the side of caution. END_OF_DOCUMENT_TOKEN_TO_BE_REPLACED

A Summertime Remedy for Stuffy Dwellings

In the summertime, to beat the heat, our windows are closed tight and air conditioners are on full blast. While that will keep you cool and the bugs out, the air inside your apartment or house can become stuffy. END_OF_DOCUMENT_TOKEN_TO_BE_REPLACED

There is nothing like life’s moments to inspire you. That’s exactly what happened to Laura and Harry Slatkin after their son, David, was diagnosed with Autism. They joined forces with Suzanne and Bob Wright and founded Autism Speaks, the nation’s largest autism science and advocacy group. I learned of their endeavors when I joined them back in October of 2009 as they rang the NASDAQ’s closing bell in honor of Autism month. END_OF_DOCUMENT_TOKEN_TO_BE_REPLACED 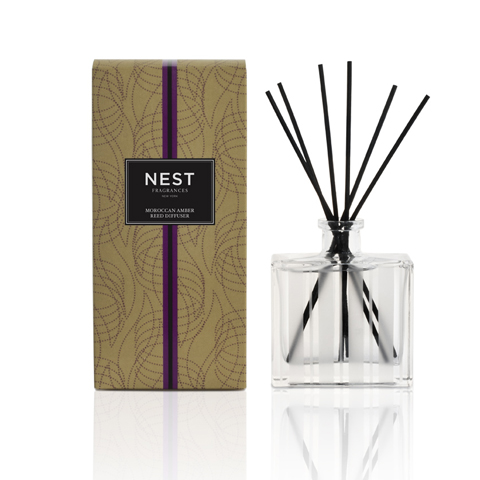 I generally scent my home with candles and will occasionally use room sprays. Reed diffusers have never really been my thing; in particular because the one time I gave in and bought one, if I was lucky to catch the scent, it was because the wind happened to be blowing on that side of the room. After that experience, I wanted nothing to do with them. All of that changed, however, when Nest Fragrances contacted me about the launch of their newest collection. END_OF_DOCUMENT_TOKEN_TO_BE_REPLACED

I like to burn candles. They give a room some umph and can change its energy. As the weather turns and it gets colder outside, I shift to heavier scented ones. I was home one day recently and decided it was a good time to try one I was sent, Pumpkin Chai by Nest Fragrances.

I will admit, when I first heard about it, I thought it’s to early to be thinking about the holidays. (Pumpkin triggers memories of mom’s cooking) But I decided I would give it a try mainly because of who’s behind Nest, Laura Slatkin.

It’s no secret that I’m a fan of Harry Slatkin’s candles. Heck, Fresh Bamboo was burning in my home last weekend. So I was naturally curious to smell Pumpkin Chai and what his wife has cooking. Yes it’s warm, and cozy and a great fall scent. But what I appreciated most of all is how subtle it is. I was not expecting that. The scent was just enough to add to the moment without overpowering it.

As we get closer to the holidays, the smells of cinnamon and pine will be chasing you as you stroll through the stores. Oddly, I never really want that in my home. Pumpkin Chai, however, is the best medium, awesome fall scent but not beating you over the head, that I’ve found.

Pumpkin Chai by Nest Fragrances retails for $32 and is a blend of wild pumpkin, spicy Masala chai, cardamom, ginger, and cinnamon. Available at Neiman Marcus and other fine boutiques.