Seven Fragrances You Should Know This Fall

The other day as I was exiting the train station here in New York City, I looked up and realized the sun is setting earlier. While that wasn’t the first time that’s ever happened, it always catches you by surprise and it’s a sure sign fall is right around the corner. END_OF_DOCUMENT_TOKEN_TO_BE_REPLACED

Now that summer is behind us and its excesses have become apparent, e.g., one too many beers, I’m putting in time at the gym. During a recent trip, I discovered many if you had the same idea; the gym was packed. As I entered the locker room, a potpourri of aquatic/citrus scents greeted me. It smelled like every guy in there went to the same store and left with the exact same cologne.  END_OF_DOCUMENT_TOKEN_TO_BE_REPLACED

Him by Hanae Mori

Here we are a week before Labor Day and the melancholy of summer’s end is setting in. I plan on getting in at least one more beach day and BBQ before we say goodbye to summer 2012. With that, fall fragrance releases are here. END_OF_DOCUMENT_TOKEN_TO_BE_REPLACED 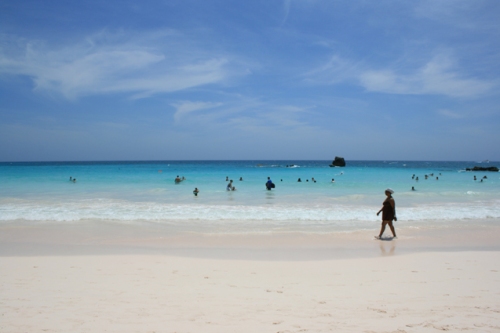 When I think of a vacation, thoughts of blue skies, beautiful beaches and my wife passed out on the beach come to mind. She tends to do that while I stay awake and make sure no one runs away with our stuff. My point is, however, vacation conjures thoughts of escaping reality for fun in the sun. Trade-in sounds of honking horns and train conductors saying, “stand clear of the closing doors,” for the sound of waves crashing against the shore and “sir would you like another rum punch.” For the next installment of my group blogging project with Olfactoria’s Travels, Persolaise, and eyeliner on a cat,  we’re talking about vacation perfumes.  END_OF_DOCUMENT_TOKEN_TO_BE_REPLACED

3 No Fuss Scents You May Have Overlooked

Every now and then we need a go-to, no fuss cologne. When the guys gather up for some brews, an impromptu barbeque gathering develops or something as simple as your new neighbor rings your bell. The latter might be wishful thinking but you get the point. You don’t have to be dressed to the nines but you should at least smell good and sometimes you just want to grab a fragrance without thinking about it. For times like these, you want something relaxed and clean with no pretense. In simple terms, something that just works.  END_OF_DOCUMENT_TOKEN_TO_BE_REPLACED

Memorial Day marks the unofficial beginning of summer. For some of you reading this, you’re probably asking yourself, where is the sun? Keep the faith, it’s coming.

With summer on the horizon, we can look forward to sticky days and stickier nights. During those times, having a fragrance cling to your skin is the last thing you want to even think about. It’s the reason we typically reach for lighter scents. But when perusing men’s fragrance offering this time of year, I’m usually bored. They either contain too much citrus or they’re too sporty or aquatic.  So what’s a guy to do? This guy ventured to the other side of the isle. Yup that’s right, I went looking in the women’s section and I discovered a gem. END_OF_DOCUMENT_TOKEN_TO_BE_REPLACED

What Would They Wear

Every now and then during award show season, I peak at the red carpet shows just for the hell of it. Unfortunately, the guys are usually boring. There’s only so many ways to wear a tux. And yes some do it wrong. The woman on the other hand can be eye candy but if there’s a game on, that usually gets my attention. END_OF_DOCUMENT_TOKEN_TO_BE_REPLACED 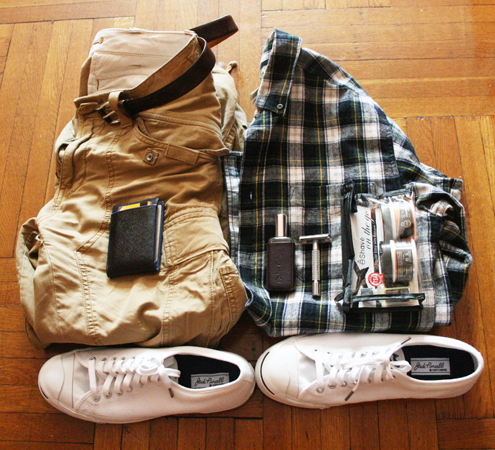 A quick weekend getaway, while exciting because it breaks the routine, should also have some comforting elements as well. On a recent jump down to Philadelphia, that’s exactly what I had in mind. And while TSA restrictions didn’t apply, I’ve gotten so used to packing that way, all of my grooming necessities were airline appropriate. END_OF_DOCUMENT_TOKEN_TO_BE_REPLACED 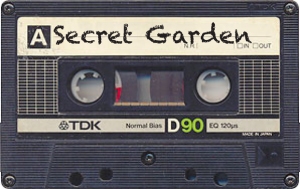 A few weeks ago, I witnessed a conversation on Twitter discussing the making of mixtapes. They were discussing the ones we made at home ourselves on cassette tapes filled with slow jams. The ones we toiled over for that girl that made us pay attention to the way we smelled, the girl who for some reason took the words right out of our mouth, our first, second, third and fourth crushes. We made them to communicate our feelings in a way we couldn’t at that time. For some reason, Bobby Brown’s, “I Wanna Rock With You” said it so much cooler than I ever could. Besides, making the mixtape was like writing a letter, albeit imperfect with its abrupt endings and sudden beginnings (those pause and record buttons were never as precise as we wanted them to be). In the end, however, she got the point, and if she blushed, you were the man. END_OF_DOCUMENT_TOKEN_TO_BE_REPLACED

The Five Fragrances of 2011 You Should Remember

Here we are, waiting for 2011 to end and anticipating all that 2012 will bring. As I reflect on what has occurred, I’m reminded of how blessed I am. Another year of good health and family is enough but 2011 also gave me a chance to spread my fragrant wings and for that, I’m grateful. Thank you Complex, Men’s Health and Antenna magazines for allowing me to share my views with your readers. (The Winter issue of Antenna recently came out and will be posted in the coming days.) END_OF_DOCUMENT_TOKEN_TO_BE_REPLACED