3 No Fuss Scents You May Have Overlooked

Every now and then we need a go-to, no fuss cologne. When the guys gather up for some brews, an impromptu barbeque gathering develops or something as simple as your new neighbor rings your bell. The latter might be wishful thinking but you get the point. You don’t have to be dressed to the nines but you should at least smell good and sometimes you just want to grab a fragrance without thinking about it. For times like these, you want something relaxed and clean with no pretense. In simple terms, something that just works.  END_OF_DOCUMENT_TOKEN_TO_BE_REPLACED 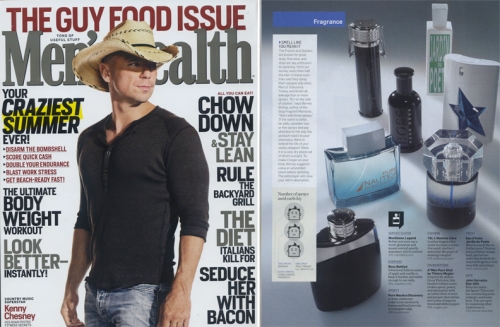 For men’s magazines, March and September are big issues. It’s usually when you’ll see the most fashion coverage and they distill seasonal trends. Its a must read if you like to be in the know about that sort of stuff. I, however, look forward to the June issue of Men’s Health as it’s when they conduct their annual Grooming Awards.

Each year, Men’s Health consults a panel of grooming and fragrance aficionados to seek out the best products in myriad categories. What you’re left with is an excellent list products worthy of your consideration.

For the past few years, Brian Boye has asked me to contribute to the fragrance category and I look forward to it. Where else are you going to get all of these products in one issue? This year, he sought out my opinion on how much fragrance one should apply, in addition to other topics, and I’m quoted in the issue.

The June issue is on newsstands now. Pick it up. It’s a good one.

A round of applause for the increasing fragrance and grooming coverage in men’s magazines. The more men paying attention to these details, the better. I cannot tell you how many women I speak with who are in favor of guys putting more effort into how the smell and look. Anyhow, here’s a quick roundup. END_OF_DOCUMENT_TOKEN_TO_BE_REPLACED 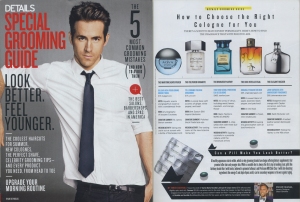 I’d like to tip my hat to Details for, yet again, placing a spot light on men’s grooming and fragrances. You may remember I posted a Good Read from its April issue, a little late I might add. This time, I received my issue on time and I was floored by fifteen pages of editorial coverage.

Pick up the July issue and find out the where you should get your hair cut, shower gels you should check out, a list of Apothecaries worthy of visiting and more. Well done Details. 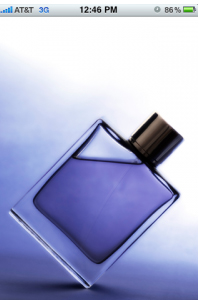 When I was speaking with Chad Murawczyk of Min New York, one of the things I told him I admired about his store was its openness and how it was refreshing given the fragrance industries close door policy and the snootiness of retailers. I truly feel social media has begun tearing these walls down and consumers are becoming more educated about their preferences. It is for this reason I’m excited about the launch of Givaudan’s iPerfumer.

So how does it work? Users, down load the app and are run through a series of questions ranging from gender, age, geographic location, etc and then rate their favorite fragrance families, Oriental, Chypre, Citrus, Woody, Floral, and Fougere.

I’m curious who will download this app more, men or women. Women have no problems sampling but guys still seem to have issue with walking into stores and openly spraying themselves or engaging anyone from the sale staff without being nudged. Perhaps this will change that.

For a first hand review of iPerfumer, check out Harry Sheff over at Cocktails & Cologne. 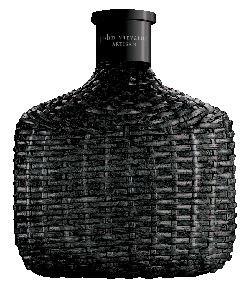 If there is one thing about John Varvatos’ fragrances I can appreciate, it’s the packaging. Artisan Black, which is his latest limited edition offering, is a continuation of Artisan’s hand-woven theme. It has a black lacquer finish that gives it an air of sophistication. Gents, this is definitely one for the mantle (or front and center on your dresser).

As with previous scents under the JV Fragrances and Skincare collection, Rodrigo Flores-Roux is the perfumer responsible for this creation. The accompanying press materials describe the scent as a masculine contemporary with a refreshing uncomplicated theme. It evolves into a deep woodsy structure, revealing a chyre backbone of sensual woody and leathery chypre accents.

I personally like this scent for those summer nights when the “anything can happen vibe” is in the air. The opening is fresh and a tad on the sporty side for me. But it quickly settles and its dual personality becomes apparent. The leathery and woody notes come to the foreground but the citrus notes never quite dissipate and that keeps it sprightly.

This will sell well for JV and it should. It’s a straightforward scent that can easily transition from day to night. If you’re looking for a go-to scent, this is it. 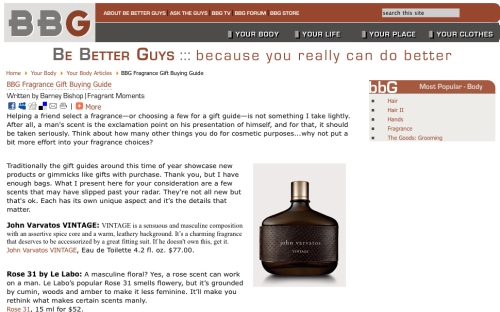 Here’s a fragrance gift guide I put together for our friends at Be Better Guys. It only went up two days ago and I’m just getting around to reposting here. If you feel that the gift you bought just didn’t get the reaction you were looking for, consider these suggestions. You can also blame it on the store and say they were out and I really wanted to get you this! Anyhow, Happy Holidays from Fragrant Moments! 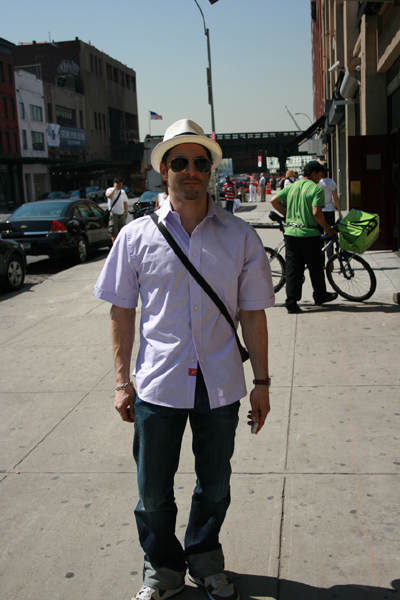 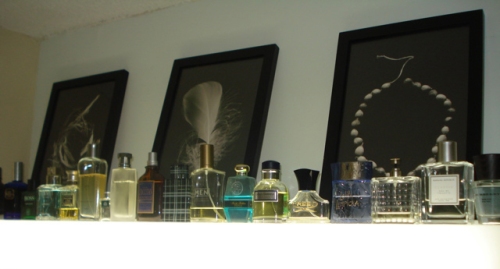 One day I was sitting with Michael chatting about a printing job I was asking him to consider for a client of mine when I just decided to blurt out, are you into men’s fragrances. I mean, he’s a pretty hip cat (he was wearing some sweet colored Nike Dunks) so I figured it was a fair question…well not only is Michael into fragrances but he proceeded to email me a picture of his collection. Needless to say, I was quite surprised by his submission and decided to let him have his say.

What’s getting the most wear these days?

What do you look for in a scent?

How often to you buy cologne?

I would say I purchase a new scent at least twice a year. I’m slowing down a bit but there are a bunch I want to get like Dolce Gabbana’s The One, and ERMENEGILDO ZEGNA, John Varvatos and Paul Smith all have ones that smell great.

What was your last purchase?

Hanae Mori It’s really sweet but not in a feminine way.

What’s your earliest recollection of fragrance in your life?

I remember in the 70’s, my dad and a substitute teacher I had for 1 day, its kinda weird but I remember him vividly down to his lack of control of the class and his tan corduroy jacket with the elbow patches and long side burns, they both wore Old Spice which was more an after shave but it was very strong and nasty.

How would you finish this statement…my most memorable fragrant moment would be…?

I’ll give you two that have stuck with me like it was yesterday. When I was 15 I had a girlfriend who had the most amazing smelling hair. She used Silkience and it was amazing. Some years later, I was dating a young lady that wore Christian Dior’s Fahrenheit. Although it was for men, the way it laid on her skin drove me crazy….that was a good summer.

I bet it was Michael. Thanks for sharing.