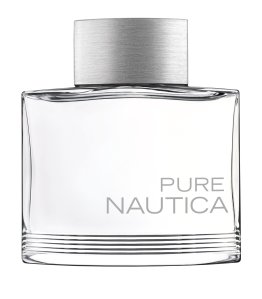 A while back, Nautica sent me a bottle of Nautica Pure, as it was one of its fall releases. When I finally got around to testing it, I thought it was ok. I wasn’t blown away but it contained some subtle nuances I liked. That same evening, to my surprise, my wife said, “you smell good. Very manly.” She doesn’t usually comment on the scents I’m wearing and that’s ok. But I had to take this opportunity to jump all over that adjective, manly. She said I smelled like I work with my hands, but in a good way. By this time, the scent was probably approaching its middle to bottom notes, which are warmer than its top notes.

This conversation got me thinking about my cologne preferences and why they don’t receive such commentary. They encompass a wider range of ingredients telling a similar story, albeit poetic. These random thoughts further triggered the memory of a scene from Spike Lee’s Mo’ Better Blues where Bleek and Shadow are discussing who attends live Jazz performances. What stood out was when Shadow said, “…you grandiose motherfuckers don’t play shit that they like. If you played the shit that they like, then people would come, simple as that.”

As an artist you have the option to create art that can only be appreciated if someone is open to expanding their mind and taste, or you can give the people what they want, which is still art but easily understood. I suspect the makers of Nautica pure want men to get it. It tells a story they like, a simple one that gets to the point. And it works. The opening is aquatic and includes notes of Sea Spray Accord, Mandarin and Bergamot according to supporting press materials. What interest me are the middle notes, which include Saffron, Ambergis and Lotus Flower. They are layered well and I suspect triggered the “manly” sentiment.

Nautica Pure surprised me. Mass brands, at times, lack the depth we come to expect from niche brands. This however, is a good starting point for 2011. Don’t judge a book by its cover or its catalogue. Once I gave this a chance, its artistry revealed itself.

One response to “Nautica Pure”